July 16, 2013
Many of us foolish women watched way too many Disney movies growing up.  I have made the decision that none of my children will watch any movies involving royalty and romance (i.e. Snow White, The Princess and the Frog, Cinderella, etc.). 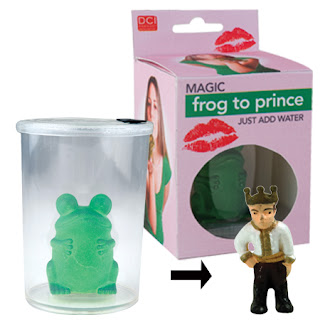 Instead, they will read comic books such as Fables by Bill Willinghman to find out what happens to fairy tale characters AFTER their "...happily ever after...." If you don't know what I'm referring to, pick up the latest issue and you'll get an idea.

I spent a good portion of my life waiting for some sort of Prince Charming and when he didn't come along I started wasting my time on frog after frog until just recently. 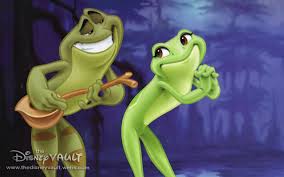 As a matter of fact, I have come to the conclusion that I have kissed way too many frogs in my life expecting them to magically turn into some prince.  As if somehow there is a dude out there who is magically going to meet my standards simply because I loved him enough.  There is no such thing as kissing (aka loving someone enough) a frog to turn him into a prince.  THEY need to love YOU enough to become that prince and that shit doesn't happen either.

It's all just a load of shit.
There is no such thing as a man that will magically change for you just because you want him to.  It's either he loves you or he doesn't and you need to take him as is.  I know this sounds unfair, but think about it.  If you have no choice but to take him as the warty, slimy frog he is, then he has no choice but to take you and all your flaws as you are.

With that said, and as of this morning, I realized that if I have to settle for a frog, then I might as well settle for the best frog there is. 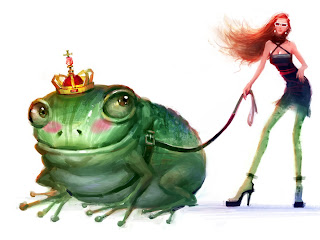 No more "commitment-phobe frog,"  - those that after 3 weeks are on to the next b/c they're afraid to feel anything for anyone...

No more "inconsistent frogs" - making date after date and not showing face...

No more "bullshit frogs" - telling me they love me, meanwhile there's some ratchet hoe sleeping in what has been labeled "our" bed followed by some other ratchet hoe later that night.....

And no more "weak ass frogs" - if you like me, you ask me out!! Don't make a million indirect comments hoping I'll bite.  Say what you really mean and mean what you say!!!!

I have standards, dammit!!!!

As my all time favorite hot mess of a character, Carrie Bradshaw once said, "I am someone who is looking for love. Real love. Ridiculous, inconvenient, consuming, can't-live-without-each-other love." (Sex and the City 2004).  And I absolutely REFUSE to settle for anything less.

No more excessive dating adventures with dudes that don't know what the fuck they want... or do know what they want but just want it with several hundred other women. 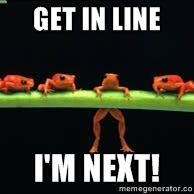 I want ONE frog that ONLY wants ME.
And I shouldn't have to require a frog to be intelligent, honest, have good personal hygiene, have some consideration for others and to be consistent.  All that shit should be a given!!!!

If I give you a test ride and after a couple of meetings I see you can't meet one of those standards, then that's it.  And as a matter of fact, if you are lacking any of those standards from the very first date, I'm leaving a big permanent foot print on your ass.