September 06, 2013
Imagine spending 14 years of your life... your "prime" years with blinders on.
Never once really seeing the person you spend day in, day out with.

His name was Bozo.
A grown man who was living in his restaurant.  He was going through a messy time in his life until he came across Lynn. 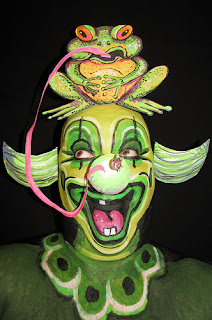 Lynn was a young woman in her early/mid-thirties with her shit together.
After many difficulties in life, Lynn was way ahead of her game.
With a full time job with the D.O.E. in NYC, her own place, and three teenagers, Lynn was ready to move on to the next step in her life.

One cursed blessed day, Lynn and Bozo crossed paths.
It was definitely a day of chance as Lynn wasn't one to go out much and she happened to be hanging out with her friend in the video store (remember those?) of which she worked.

Bozo was a tall, balding man, 7 years Lynn's senior.  Not usually attracted to his type, Lynn was taken by his Leo charm and wit.  What she didn't know was that he really just  had the gift of gab and would be a leech.

See, it's easy to have clouded judgment when you've been single for a while and constantly aiming for better and better things in life.  When someone comes along seemingly offering all those things you always wanted, you may tend to go in blind with determination.  And that's just what Lynn did. 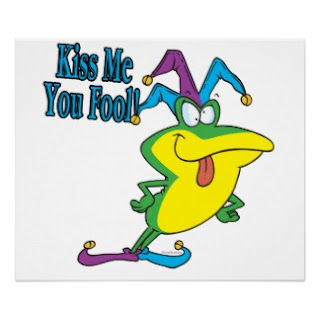 14 years of living with a cranky old man that wasn't quite old in his 40's... and it can change a person.
Bozo had a complaint for every moment in the day... constantly comparing the daughter he didn't raise to Lynn's children.
"Well, my daughter would never do that...."
"My daughter has manners at 5am in the morning....why don't your daughters go out of their way to say good morning...." (a man who never responded to any greeting with anything but a grunt...)
Lynn put him in his place but not long after he was complaining about something else...
"It's Saturday and 1 in the afternoon, why do they have the music so loud while I'm outside pretending to do yard work?!!?!?"
"Oh no, your family is visiting for the 2nd time this year????? Why didn't you tell me so I could mentally prepare myself for their rare visit?"  (meanwhile his family would show up without warning on a weekly basis for quite sometime).

When Bozo would get angry, he would pack up his 5 pairs of pants and shirts, put it in his car and adamantly state that he was leaving!!!! Alas... he was only airing out his clothing and to Lynn's dismay (at least her subconscious dismay) he would return... and with laughter at how silly he was to leave... (I mean, who would want to leave his life of luxury he never truly contributed to).

Lynn tried to get Bozo to enjoy life with her but every time she tried to plan a trip with him or a party at the house, Bozo would embarrass her in public or start an argument in order to avoid having to deal with another event.

Even being goofy for laughs around the house was a bother to him...
God forbid teenage girls behave like teenagers!!! The horror!!!
But Bozo? He was forever the clown.
Anything for attention... that man.
Typical Leo. 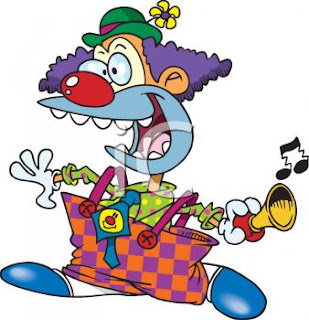 Lynn who was looking absolutely fabulous in her mid-late 30's when she'd first come across Bozo, turning heads and nearly breaking necks in her prime... took to eating her frustrations.
One bag of chips here... 6 fully loaded plates of food there... (okay maybe not 6)...
Cigarettes by the load and before you knew it... 50 lbs later... Lynn forgot to take a look in the mirror.
Meanwhile, Bozo seemed to be watching his weight (complaining that he could no longer eat this or that).... plowing on the Rogaine.. to make sure that crown around his head would grow fuller and fuller for effect...

Several times throughout the years, Lynn and her daughters caught Bozo talking with the ugly horseface skank who worked around the corner from the house... in the back area as to not get caught... Always acting startled when caught... amongst other incidents.

And did I mention that Bozo barely worked in those 14 years???
Proclaiming himself the hardest worker in town... Bozo always found a way to get laid off...
Lynn tried to be fair by allowing Bozo to take some time to gather himself as she worked hard to maintain an entire household... in exchange for Bozo to do some work around the house...
You know, the typical.. yard work, fixing things around the house... doing small projects...
The problem was Bozo never finished anything he started.
What Lynn didn't always know but eventually figured out, was that Bozo was laying around all day watching television until precisely 10 minutes before the time he sense Lynn would be home on her break between her clients (she was a therapist and made her own schedule)... and then he'd run outside and pretend to work... or run downstairs to his project within the house... etc...
Bozo was not only sucking the life out of every individual in the house... but he was also sucking the money out of Lynn's pockets...

Eventually, the household took to wishing Bozo away...
Mentally, each individual prayed for him to leave.
United but without informing one another... they all imagined a day without Bozo in it.

And leave he did.
When he finally got everything he could from juicing Lynn and sucking the energy out of the house... he left.. stating that he needed to move on with his life... Eventually it was supposed to happen this way, he said.
It was quite a shocker to Lynn initially... I don't think she ever truly believe that this nightmare was over.
When you're accustomed to such a life for that long of a time.. and emotional abuse at that... you seem to think you need it.... like an addiction to drugs.. Lynn was addicted to that long term misery.

While the first year or two were hard.. Lynn started to look fabulous again...
She stopped smoking cold turkey...
She surrounded herself with beautiful, positive people...
One day, she even made it clear to Bozo that she was doing much better off without him, even though that wasn't exactly her intention at the time...
What a blessing! He was finally out of the picture!!!

Before she knew it... years had passed and the pain was gone.
Lynn was reunited with the love of her life!! 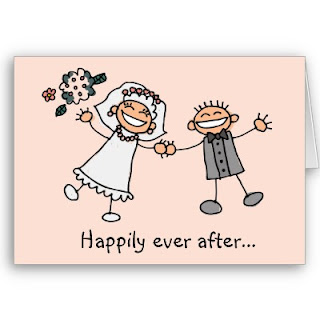 So you see, fellow readers... even the lowest of them all.. the worst of the worst... teach us the very best lessons!
Sometimes, you need to go through the horror and tribulations in order to see what you truly deserve out of life.

And THAT is Lynn's story!