August 02, 2013
I went to a friend's birthday party a couple of weeks ago and while the turn out was not as expected, I still managed to meet some random dude.
It's funny because I made a decision as of around May/June that I was done meeting any dudes.
I decided that it's time to focus on me and my goals and that's that.
I'm just tired of slutting around dealing with men who really aren't all that interested in what I have to offer.

With that said, this random dude... we'll call him Derek, came right up to my table and made himself comfortable.
Cute guy.
Kind of short for my taste... I'm pretty pint sized myself....
Kind of small too... also not really my cup of tea... There's a lot of ME to go around... I need there to be an equal him or more in size.
Derek starts running his mouth about how he was also celebrating his birthday and that he was celebrating that weekend since his birthday is on a weekday and most of his friends and family work.
(Please remember this minute detail for future reference).
Since he mentioned his birthday, I asked him straight up, "How old are you turning?"
"24," he says. 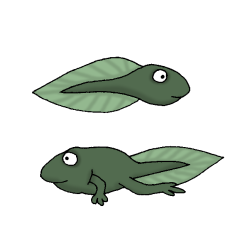 Okay... so immediately, my bias was, "You're too damn young."
For me, anything under 30 is too young.  Yes, even 29 - and so far, some of the dudes who've entered my life (and exited) have proven me right.
For those of you saying, "age ain't nothin' but a numba..."  think AGAIN!
There's less experience and less maturity.  I have a hard enough time dealing with dudes 30 and up, imagine a 24 year old.

He was very smooth and persistent throughout the night and seemed a bit older for his age.
So I was kind enough to give him my phone number, for nothing else but to prove that this was all just a load of crap.
My girl, "Omar", tells the guy, "I think you're up for the challenge," and high fives the guy.
I knew exactly what was going to happen.

I sent a text message to his dead phone telling him to save the digits, said goodbye and bid farewell to birthday boy. 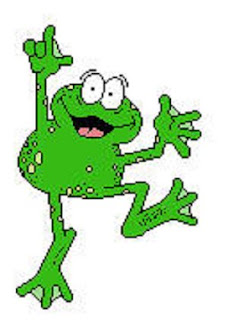 The next afternoon, I got a text from Young Buck #2  Derek stating that he apologizes if he acted a fool the previous evening and that it was nice to meet me.  Omar insisted this counted towards an attempt.

I reminded her that I was the one who sent him a text for him to reply to but I allowed her to win the bet (a bottle of wine - which I still haven't picked up - it's hard out there for a self employed pimp, nah meannn?) and left it alone.

Tuesday came along and I remembered that Derek mentioned it was his birthday.  Being the awesome individual that I am, I decided to send him a quick, "Happy Birthday! :)" text and leave it at that.

The text led to an awkward conversation in which Derek stated that he was so surprised that I remembered and that he has nothing to do for his special day because everyone works since it's a weekday.
Duh, we went over this already.
I told him that he celebrated the previous weekend and can celebrate again the following weekend.  That's where the conversation left off.

That, my friends, was nearly two weeks ago.
I haven't heard a peep since... and the likelihood of running into him again is somewhat high...
Our future reunion should be quite interesting... I think next time I'll give him a different name and my Google voice number.
The guy probably didn't even remember what I looked like.

My point is this.
I knew the dude was NOT up to any so called challenge.
He's a weak 24 year old that can't tell his left foot from his right and if he was trying to hint that he would like for me to celebrate his birthday with him, he needed to pick up his cojones, tighten them back with some rope and say so.

I'm exhausted with these weak mo-fo's that want me to play guessing games.
Say what you mean, mean what you say or keep it moving because this 31 year old grown ass college educated woman, has absolutely NO time for bullshit.

Bring it all or don't bring it at all.