August 08, 2013
Are you the kind of person that sits around thinking about the "worst case scenario" at every waking moment?
Do you stand at the top of the bleachers wondering what would happen if you fell down?
Do you stand by the train tracks paranoid that someone will push you into them just as a train comes flying into the station?
Do you constantly wonder what if.......what if.... what if...... especially when everything is going right?
And then all of a sudden everything goes wrong, just as you suspected it would! 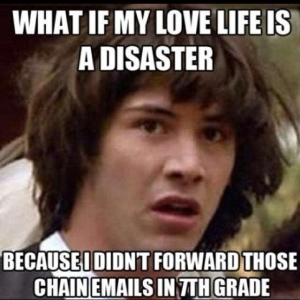 Unless you had a bad feeling about something from the get (instinct) then this is entirely different...
This is a self fulfilling prophecy!!
You spend so much time focusing and "predicting" on the worst thing that just might happen that you directly or indirectly cause them to happen!

So instead of basking in the moment of glory you had earlier in the day... you went on and on and on about what might go wrong... and when it goes wrong, you say, "You see!!! I knew it!!!" 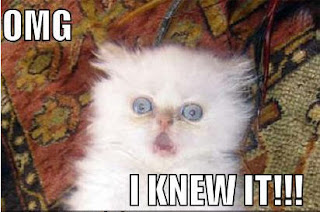 Maybe you're that individual that stalks your partner, constantly making false accusations about what they may or may not be doing... and then after a year to two, they finally do whatever it was you were soooo sure they were doing...

A self fulfilling prophecy also occurs when you put yourself in a situation that has no remedy, just to prove to yourself that it wasn't going to work out.

Maybe you're that person that dates the same type of person (or simply the same exact person) over and over again with false thoughts about how your overwhelming fabulosity (no, that's not a real word) will eventually cause them to change into your dream partner or soul mate.

It's kind of like repeating the same mistake exactly the same way for the second, third or fourth time, and then saying, "Well, I gave it a chance and look what happened."

And when they don't change? Or your partner inadvertently becomes a cheating prick? 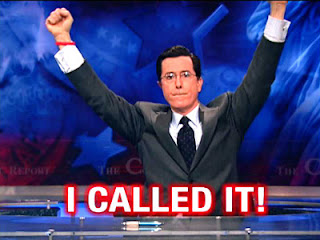 Or you allow other people's beliefs control your situation, leading those negative thoughts to manipulate an already difficult situation?
Those people say something like, "You'll never be able to do it...." when you can't... you think, "They were right..."

Did you really "predict" the worst would  happen? Or did you cause it to happen? 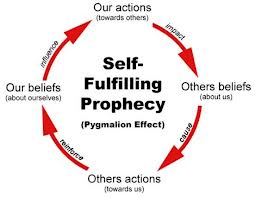