September 20, 2013
In an attempt to be the hopeless romantic I secretly am...(shhhhh... don't tell anyone)...
I re-created a profile I had on that dating site I mentioned last week in hopes of catching someone's attention that I've secretly been crushing on for quite awhile....

Instead of catching his attention, I caught the attention of over 150 dudes... 50+ of which sent me messages and out of those 50+ people only one of those caught MY attention. 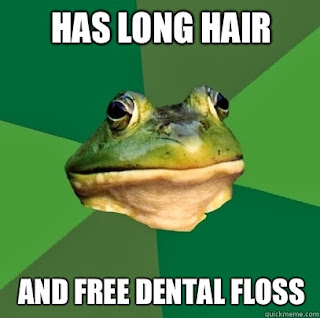 Secondly... he's a Libra... I love my Libran friends... Not a fan of Libran boyfriends... And for good reason... And he's sort of slim... I like meat... whether it's muscle or chubs... I typically enjoy substance. 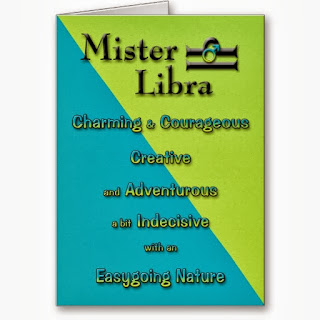 Did I mention that he has long hair? 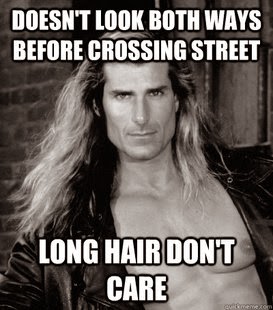 But, in any case, he seemed smart, clever and handsome.... so why not?
After all, seeking out "my type" hasn't worked out in the past, so maybe trying something different would work out better.

Well, readers... stick to what you know!
Even if it hasn't worked in the past, I'm going to go ahead and say that it will eventually work out for you b/c there's a reason you have a "type." 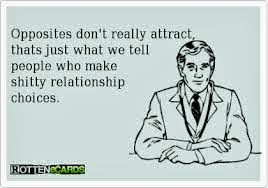 After some decent messaging conversation back and forth... we exchanged numbers.
What a mistake.

I absolutely HATE talking on the phone because there's always that "awkward silence" that goes on when neither one of you is very talkative.
This guy was talkative... but I noticed several things that would usually turn me off.

I am not better than anyone by any means... but when you start to get to know someone (especially at my age)... I don't see how using profanity consistently is cute.  After you're comfortable sure... or you know, if it's thrown in for emphasis sometimes, fine.  I have the ultimate potty mouth so it's bound to happen.
But geez.... 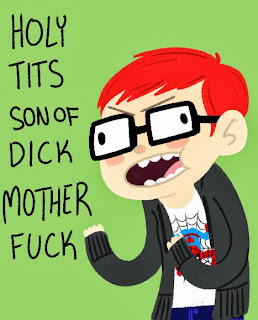 Then somehow he would throw in something sex related.
Like..."Oh the second woman that I met off this site wanted to just head to a hotel... So I was down for that..."
Again, we're adults. I can see how that might happen... but then he proceeded to give me details of that encounter... and while his story was funny.... it was most definitely inappropriate. 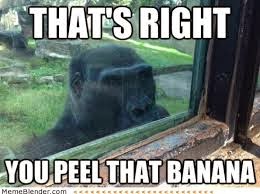 I'm a quiet person when you first meet me.. and apparently, I'm just quiet all around.
Well, considering that I felt like our conversations were going nowhere and I'm half brain dead from staring at all the needless paperwork I am supposed to be doing, I was at an even larger loss for words.

Here it is, we're on the phone and you can almost hear crickets.
When I made some attempts to start a conversation, Mr. Long Hair w/a Dirty Mouth, would make a sarcastic comment.... about how it was about time he could squeeze words out of me and how frustrated he was that I wouldn't just speak.

When I called him out on how irritated he was that I was quiet... he went into this spiel about how he felt that I should make an effort to impress him.
I highly disagreed with him and advised him that I have no intention of going out of my way to impress anyone.  If you don't like who I am, as I am, then you might as well keep it moving because I'm not going to pretend to be something I'm not. It's quite simple. 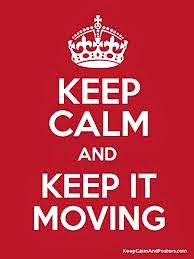 We spent over an hour on the phone where he was trying to convince me to give it a chance, and I was trying to make him see that we already don't like each other now... Imagine later.

Readers... your first impression means the world.
If I don't like you upon our first meeting, I'm not going to like you later.
And trust me, it works both ways.
At least in my experience.

Mr. Long Hair w/a Dirty Mouth stated that this was part of getting to know one another.
He went on to compare me to a boring book.
He stated that sometimes people are like books in that they start of boring but eventually become really good and make you grateful for having stuck out the boring chapters to get to the "good part."
When I thought he couldn't stick his foot in his mouth any further... he managed to stick it so far down that his foot started to peak out of his ass.
He said that he didn't want to view me as just another beautiful woman with a (nice) big ass.  And that he wants to believe there was substance to me.
Basically, on top of being a sarcastic douche with a perverse potty mouth... he was also condescending.

When I basically told him as kindly as possible that he's not getting anything more out of me from his stupidity... he was finally satisfied because he felt he'd engaged me in conversation.

I doubt I need to tell any of you that I haven't spoken to this dude since. 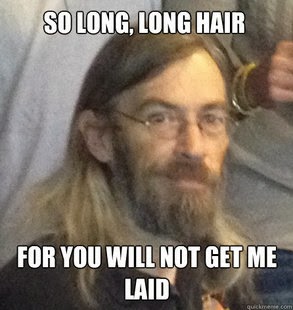 Do yourselves a favor and stick to meeting people in real life every day scenarios.