September 13, 2013
A couple of months ago, my BFF recommended a free dating site to help my bruised ego.
So I joined this site, which I will not name for the sake of avoiding lawsuits.

As a result of joining this site, I found a plethora of needy, desperate men.
I did my best to weed them out but still got stuck with at least two that don't seem to go away.
One of which is a paramedic.
I think blocking his number was sufficient (finally) and I don't think I'll hear from him again.
Also, he didn't give off the "crazy" signal.
He just seemed to be looking for something I just couldn't offer him. 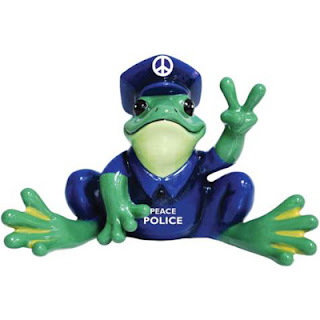 Ironically, the other dude I had intended to write about today.
We went on two dates.
Between the first and second date we engaged in an unnecessary disagreement regarding how he was treating me as if I was his girlfriend.
The dude was talking marriage after the second date.... and I politely let him know I was not interested.
He basically told me that he hoped one day I would fall in love with him so we could get married.
That's not cute or sweet or appealing in any way at my age with someone I'm just getting to know.... and I'm trying to force myself to like.

As a matter of fact, there was nothing cute or appealing about him in general, now that I look back at the entire situation.

Anyway, I decided to tell him I wasn't interested and I ignored his calls and texts for a week and he seemed to disappear.  Really, he just went out of the country on vacation. 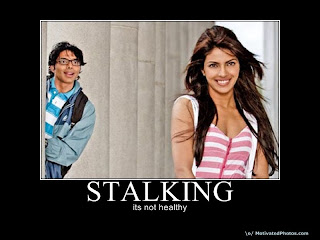 I deactivated my profile promptly after meeting him and another disaster (not a stalker) and laid off of the site for about two weeks.  I reactivated (I'm not sure why except that I'm not quite up there myself).... next thing you know about a week or two into it... guess who decides to reach out to me on there?

I kindly told him to go away but he insisted I give him another chance.
He insisted we were good together, etc.
I gave him a million reasons as to why we were NOT good for one another in any way, shape or form and finally he seemed to get the hint.
EXCEPT!  That a day later, I was showing one of my best friends the messages and she accidentally clicked on his profile (which allows the user to see you viewed them) and next thing you know, he sends me a "Hey how are you?" 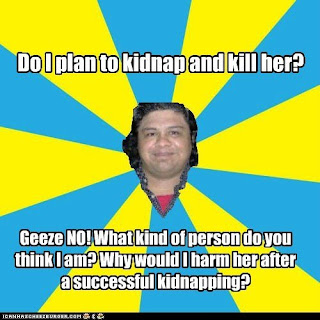 I - not so kindly - told him to get lost.
He sent me a message that implied that he thought it was funny... and left me alone.

Shortly after this incident, I returned from vacation and started to get blocked calls.
I never get blocked calls.
Never.
The thing is, I had blocked his number in order not to receive any calls from him and I'm going to take a wild guess that the only way for him to get through is to block his number or to call from a different number.  Who knows?

My profile was promptly deactivated as I was not interested in meeting anyone else or dealing with anyone.
All I wanted was to work on me, myself and I and if there was anyone sort of in or out of the picture, I wanted to just deal with them and no one else.
Eventually, those dudes also disappeared for whatever reasons - I really don't give a rat's ass.... and so I've been perfectly content with the "me, myself and I" status.

I went to a party and someone that I know who I've had a crush on for nearly two years was there.
I was too slow to get the dude's number and I knew that he had a profile also; so, I reactivated my profile as we hadn't even exchanged numbers.
I never got around to that partly because....
Guess who looked at my profile as soon as I reactivated?
No, it wasn't the dude I was crushing on. 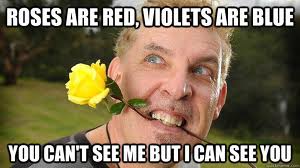 And you know what else I noticed?
Every time, it seemed he would create a brand new profile with conflicting information.
Which makes me think, I'm not the only chick he's scared away.
This time, instead of deactivating my profile, I deleted it altogether.

Again I started getting blocked calls.

Well, it's a good thing I keep people's information stored away.
Even better that I keep proof of conversations in which I ask people to go away or leave me alone.
And better yet that I tell my closest family and friends about these same people... just in case.

Whoever this stalker is... even if it's not the dude I just called out... is completely UNWELCOME in my life.
Hope this message finds its way to him... as I'm sure it will. 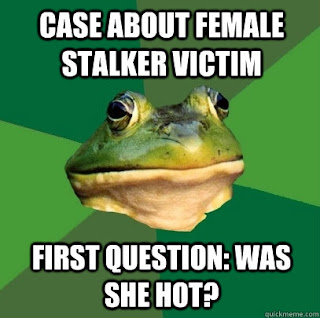 Have a great weekend everyone.
Stay away from the frogs!