September 25, 2013
"Omar" has been telling me a lot lately that I've been dodging bullets and I should be grateful.

I came home one day and told her that it's possible "The Lowest Of Them All" has recently impregnated "Baby Momma #3" who is a young girl that just recently turned 21.  While that has yet to be confirmed, looking at the larger picture, "The Lowest of Them All," is a train wreck.  He can barely spell (or speak) to save his life, he just got hired permanently at the Harley Davidson factory (a job I got him) and he still doesn't seem to have enough money to buy himself food....  But here he is, posting pictures of his "herbal medicine" publicly for the world to see on his FB page. 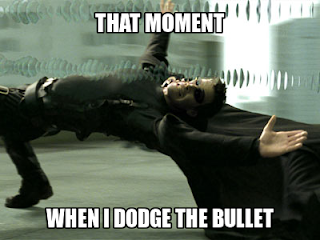 Or how about the young man I was enamored with over the spring, who is not only a pathological liar but seemingly a psychopath as well.  Unfortunately for him, and his followers, he is using his charm for evil... shameful because he could be bringing so much good into the world.

*Does a somersault & dodges bullet* 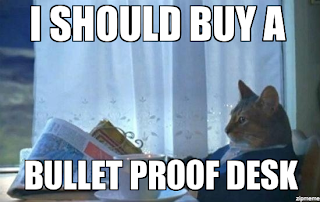 Let's not forget the man with the RIDICULOUSLY nice body (yes, I still lust after those abs)... who seemed sweet... but had women all over the globe on call.  Good thing I didn't get attached to anything there! But hot DAMN he had a luscious body! *drool*

*Rolls around the ground & dodges another bullet* 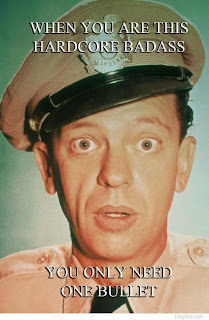 And those are just some of the many that I've managed to dodge without even trying.
When I look at the bigger picture, I guess I should be grateful that these people took stage exit lefts and rights because where the hell would I be had they stuck around? 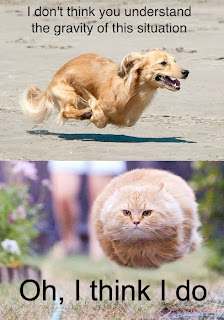 I can finally look at it from an outsider's perspective and thank my lucky stars that I have only suffered shallow wounds in place of the fatal ones... 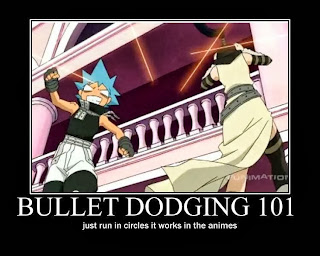