If your friend has been there and done that, thou shall not go there too!

And I'm not talking Italy, peeps.  We're totally talking about the department of romance.  If your friend has tapped a someone, is speaking to someone, has any sort of romantic interest in someone, then you, being a friend, are expected to stay away.  Sadly, some chicks don't acknowledge this rule.  As a matter of fact, some women cross the line to the point of no return. 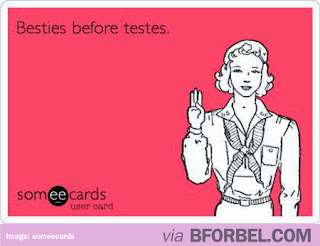 There are very, very few exceptions to the rule.  There are some women that claim to be totally okay with it if they've never had any serious relationship with the person of interest... I don't believe that's 100% true.  But to each is own.  Of course, if you don't really consider the other person a friend, or they're just an acquaintance and could care less if they ever talk to you again, that's acceptable, I guess.  Finally, if you have no idea your friend has already been there and done that, and you find out AFTER the fact... clearly, that's a dilemma you guys have to deal with.

The problem with this rule, is that many dudes don't acknowledge it. 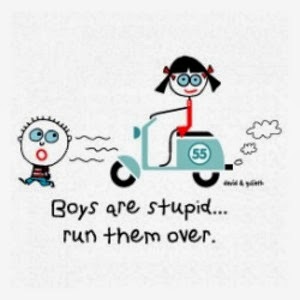 For men, usually, there is no code.   They just go for it, don't ask their friends and usually maintain a friendship after the fact.  Because they don't have this rule or understanding most of the time, they forget women do.  Next thing you know, the dude who asked you to "wait for him" months ago, is leaving "sexy" comments on your bff's pictures (even though he can't bother to answer a simple message you sent him or acknowledge you sent anything to begin with).... and then having the audacity not to realize that they've done something wrong.

So dudes, think twice about what you say to your boo's friends.  It won't only be taken the wrong way but put we'll blacklist your ass as WE will NOT break Girl Code.