February 05, 2015
It is 2015 and the infamous self photograph aka the "selfie" has caught the world by storm.  People taking pictures of themselves in mirrors all over their homes and neighborhoods.  People taking pictures of themselves in the bathroom, in the shower, on the toilet, in the kitchen, eating, cooking, etc etc.  It's become a crazy fad.  I poked fun at the infamous selfie when it first became a thing, but when I started to play with my previous phone settings, I embraced the selfie and became a bit of a selfie whore myself.  To the point that for a while I was taking selfies almost every day.  I can't help myself... I have been looking pretty awesome these last 2-3 years..... Gotta capture these moments now, nah mean? 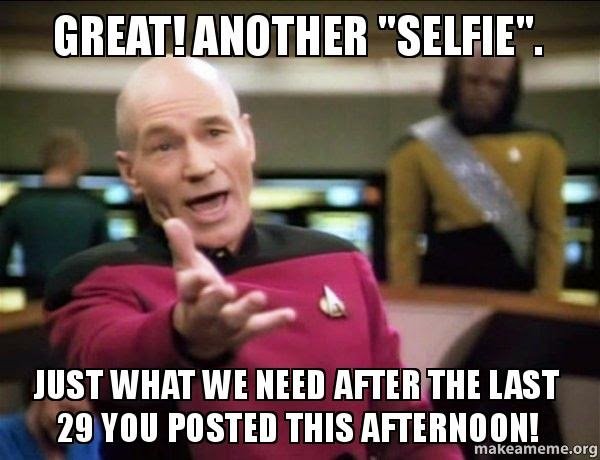 I'm not sure why everyone else loves selfies, so I'm only going to speak for myself.  You can basically adjust everything from the lighting to the way your eyes look.  You can take 50 of the same picture and choose the perfect one out of all of them.  Never worried about not smiling on time, looking pained or constipated, because I'm totally in control of the selfies I post.  And yes, I'm totally guilty of using filters (not all of the time) but I openly admit to the ones that I do, and the ones that I don't.  I really don't care what anyone else thinks of them.  Most recently, I've cooled off big time on the selfies unless I'm dressed, ready to go and waiting on someone to pick me up or meet up with. 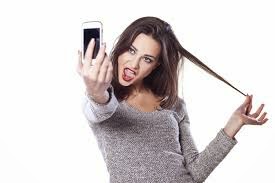 However, I've also been taking close observation of the way others take selfies, a year or two after it became a fad, see the same mistakes over and over again and it drives me nuts.

First of all, I'm going to go ahead and admit that I have at some point been guilty of a couple of these little selfie pet peeves of mine.  But I thought since the selfies have evolved to the point of the creation of the "selfie stick" that it's about time people learn how to take proper selfies.

Let's start with the mirror selfies.  If you're going to take a picture in the mirror and your mirror is extra dirty, grab some Windex and wipe it down. Trust me. I've made this mistake once before and will not be making it again.  It's not a pretty sight.  People will be more distracted with the fingerprints and smudges on the glass than the shoes (or booty--let's be real) you're trying to show off.

Another mistake I've seen made over and over and over again is that full length mirror selfie where someone is trying to show off their outfit and/or body and instead of looking straight ahead towards the mirror, they keep their eyes on the image in the camera as they are trying to take the picture.  So when the picture is finally posted, instead of smiling right at your audience, you're looking down at your camera.  And worse yet.... when you have the camera in your face and it's covering a part of it.  Now... if you are intentionally trying to hide your face, then I get it... but..... why smile then?  Or are you just kinda ugly with a bangin body? 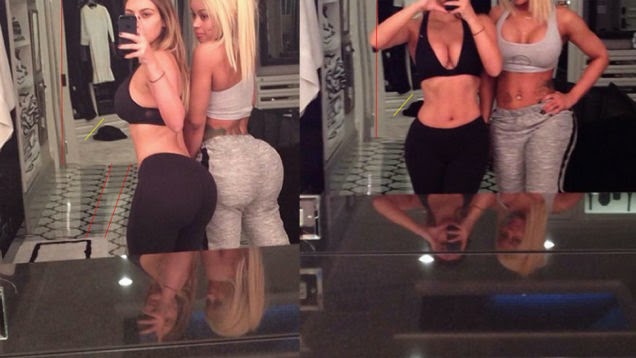 Since we're still talking about those infamous mirror selfies.... don't you have a better background then a toilet behind you? or a mess? (guilty here too, until I realized I could take pics in the spare bedroom and there's just a plain old wall behind me)...

Then there's duckface... and other overly used facial expressions.  Whoever thought that was cute should get shot.  Duckface is only cute on small children and babies.  Otherwise it's stupid or perhaps meant to be funny, in which case is still stupid but at least excusable.  Facial expressions in general should vary somewhat.  Unless you're trying to be that Twilight girl... Kristen...Stewart? whatever her name is.  Expressionless.  Vary it up. 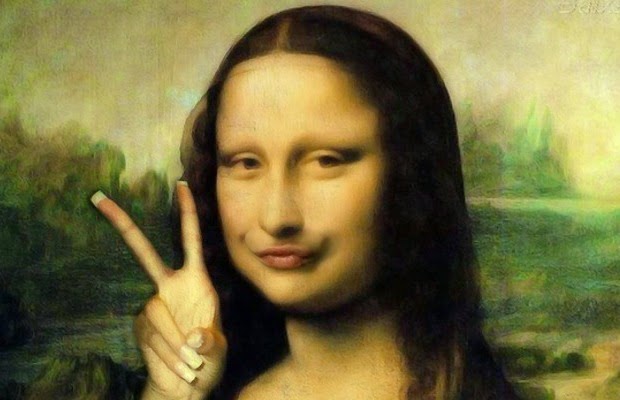 Which then takes me to poses. If you're going to pose in the exact same way in each shot in the exact same outfit... well, don't get me started.  I get that the pose makes you look skinnier.... so put something else on and pose again... I get that the outfit is super cute, but how about take some pictures next to your less cute friends and really highlight how good you look by standing next to people who look much worse? (That's a joke, of course, but you get my drift).

If the purpose of your selfie is that you're trying to show where you are.... why is the camera so damn close to your face?  I don't need to see up your nose to see that you're at the Statue of Liberty.... Can you extend your arm a bit?  It would be nice to at least be able to decipher the background and not your blackheads.  Just sayin.

What's up with the half naked selfies? Are you that desperate for attention? 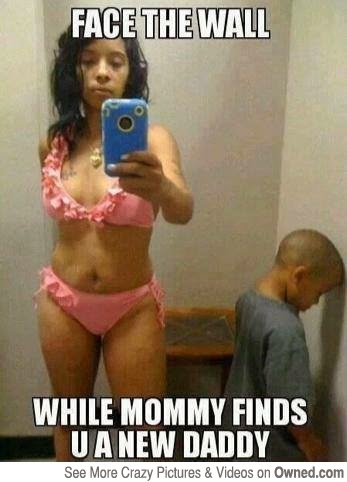 Finally, we'll quickly touch base on the selfie video.  No one wants to see you lip synching to some song and no one wants to see you voguing.  You're not a model no matter how hard you stare at the camera as it films.  No one will be discovering you on IG the way the lucky and gorgeous Colombiana Aggy was discovered.  The likelihood of that happening? Slim to none.  Stop trying so hard.  You want to know why she's making it? Because she's gorgeous and she's keeping it 100 by being her damn self. Nobody cares how many times you can pucker your lips, snap your gum, wink your eye or twirl your hair.  No one cares.   If it's not straight up funny or blatantly sexy... no one wants to see it. Trust me.