July 08, 2015
My epiphanies are always brought on by several reviews of certain events that transpire previously.
This particular one was induced by one of my usual rants with Omar.
This one came today due to an argument I had with someone (we will call him "the offender) I once considered very near and dear to my heart.  The argument was based on his lie and my reaction to it. 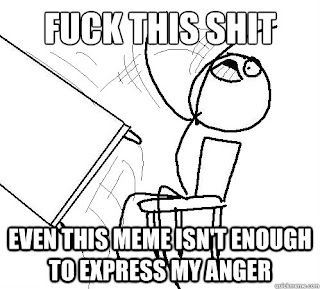 Basically, the omission/blatant lie... whatever you'd like to call it... is based on the fact that I can't stand this particular individual (we shall call her "train wreck) that the offender lied to me about because there's something I know about her, on top of she rubs me the wrong way.  Because of this lie, I reacted in a fit of rage and it caused to me jump to several assumptions about the train wreck and the offender. 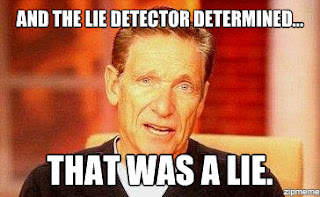 What I did caused me to refer to this train wreck of a human being that I cannot stand as a slut. I did not use those words, but I've known for quite some time (for reasons unbeknownst to my beloved offender) that this train wreck is loose, on top of the fact that the offender wanted in on her "looseness" until just recently and it seems to me that everyone she knows and is close to is fully aware of the fact that she is loose.

It just so happens that 2 individuals who were once close to this train wreck both believe she is going around town having relations with every Mike, Jose and Felipe (we live in NYC... had to put a little flavor in there) that crosses her path.  That on top of a tid bit of information I know of her coming from someone else we have in common (PLOT TWIST!!!! ) and the fact that the offender's ex would possibly believe train wreck would engage in some x-rated activities leads me to the obvious.  These "assumptions" (plus the info I know of her already).. are not merely rumors... but have some solid truth to them. 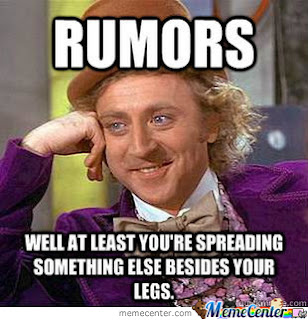 Rumors that get around so easily aren't just coming from thin air.
And it's clear to me that if all of these people may possibly believe the same thing about the train wreck then she clearly (as Omar pointed out to me upon review of this situation) has a reputation that's not so good.

As teenagers, rumors normally get around because people are jealous of one another, out of spite, etc.
I'm not saying that as adults this doesn't happen.  There are clearly many immature adults who have nothing to do with their time.
But if 2 separate people (plus an ex of a friend and an individual I personally know) have had the same experience with you... there must be some truth to these assumptions.
What I know of this individual, (and this is not the hater in me.. I do not feel in any way inferior to her) is that she's really not all that... Her face is average, as is her body.. she's got nice hair... but under normal circumstances I would never feel threatened by her.... So what I'm saying is... people aren't going around implying she's a slut because they're hating on her... trust me.  She ain't all that. 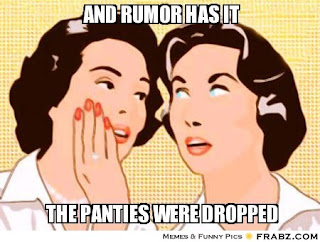 And these rumors or assumptions about her simply didn't come out of nowhere.
Train wreck clearly has a history of sharing her goods with the world on an inappropriate level.

How is that?
Well, when you're a single put together ADULT with a good head on your shoulders, paying your own bills, you do what you want, when you want, however you want in PRIVATE.... No one normally knows your business.  If you put it out there or people easily come to discover the SAME thing about you, then you have more problems than one.

If you're sitting around joking that these SAME individuals would make these assumptions about you... then there's some truth in jest, no? And what's worse is that my dear offender totally bypassed that part.  Clearly, my assumption about her hoebag ways on top of believing that they have had some sort of sexual activity whether in the past, present or future was somewhat legit as well if me and everyone else (people I don't even know) assume so as well.  That shit didn't just come out of thin air.

So before we sit around blaming several others for the same exact "assumptions" they've made about us and our relationships with certain individuals, perhaps we should re-evaluate our own actions as to how soooo many DIFFERENT and/or UNRELATED individuals came to the exact same conclusion. 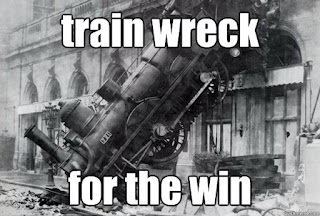