August 29, 2017
After wrapping things up with yet another frog the other day, I realized that I may just be alone for the rest of my life.

Don't we all feel that way when we encounter another romance related fail? 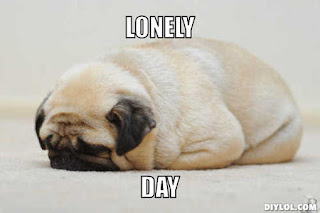 Accompanied with that thought, came a memory of a time I went to the movies with my mom. It was right around the holidays about 9 or 10 years ago. My mom and I decided to go to the movies to see some depressing Will Smith film. We were there quite early and before the film started, my mom looked around and said... "For such a populated city, there are so many lonely people....". Upon observing what she was referring to, the theater wasn't full but comfortably filled and almost everyone there was entirely alone.  Now, it's true we don't know their story and I can't quite remember if it was New Year's or Christmas but I do remember that both she and I were pretty single at the time.  I remember feeling sad too because she was right.  So many people in there were just hanging out with themselves.

While I understand that some of those people had pretty decent reasons for their solitude, one of them being that they simply wanted to be alone; I can't help but also know that it is human nature to want to mate and be around others.  So even though those people who wanted to be alone, intentionally chose that path, they still decided to come to a theater and watch a movie with other people. 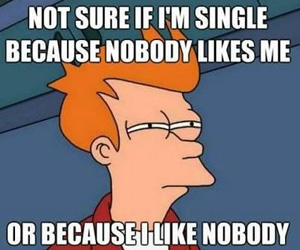 My point is this, for the most part, nobody wants to be alone forever or all of the time.  And that has me thinking why are some of us having such a hard time finding someone to share that movie and popcorn with?  After Saturday's indirect encounter with the most recent frog, I realized that the major reason is because people are so unforgiving.

People have very low tolerance for other people's flaws.  Instead of taking into account that others have struggles of their own, they jump to conclusions and assume things without asking questions. They just figure things are the way they are and that's pretty much it. And at the end of the day, they stay at a far enough distance to not care when shit hits the fan and simply just go their way when the going gets tough, as they say.  This is the reason my last relationship ended. Because we were intolerant of each other's misgivings and this is why this particular frog and I didn't wouldn't have worked out... I'd even go so far as to say, there was one potential frog that went from texting me every single day, to totally dropping off, for those same reasons... he wants easy.  And nothing in life is easy if it's actually worth having. 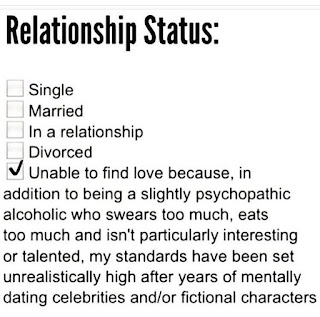 People are so jaded that they would rather wallow in their own lonely self pity than work hard at building and growing with someone else because they expect perfection from them. And since no one is truly perfect, then what? Then they end up at the movies by themselves on Christmas Day.

And furthermore, they're lazy.  They want relationships to just work out perfectly from the jump and somehow stay that way throughout with out any differences or conflicts.  That's just not how things work.  If relationships were so perfect, there would be less divorces, murders, etc.