We set unrealistic time limits to our goals and dreams without understanding that life throws many unexpected curve balls along the way. 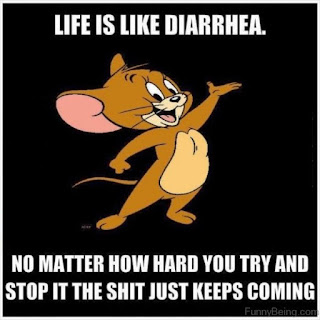 I fell stupidly in love when I was 21 and dropped out of college during my very final semester.
Not because my partner discouraged me from attending school (he indirectly did) but because I was afraid that if I didn't move quickly with him, that I would lose him. And there went my plans for the future.

People I know had children early on in life and ended up doing things backwards, leaving them in limbo in their careers and feeling that they were too old to follow through with the plans they set out for themselves, settling for mediocre lives.

I cannot tell you how many times my mother told me that time was an illusion and that it was unrealistic to expect things to happen at exact times and moments in which they were planned.

Because.... God laughs at plans, after all.

Where everything is unpredictable from the outfit you planned to wear, to the career you studied for.... Nothing is as it seems and being surprised is something you get used to on a regular basis.

And all you're required to do is ride along....

So just do that.
Ride along.
Go for your goals but don't kick yourself in the ass because you didn't make it exactly where it is on your time line.
Remember that nothing is as it seems and life events are everyone's guess.