August 14, 2018
I firmly believe that the very best things in life come unexpectedly. 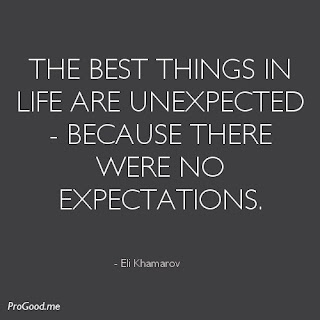 Let's explore my theory.
I spent almost an entire year in search of a better job opportunity.
In the midst, I went through a random breakup and had one hell of a living situation that I am very glad to be out of and so is my poor spine.

In mid January, I decided (with the help of my sister and a goat I once knew) to let go of a rental home I had in Pennsylvania because it was serving me no purpose but an additional bill.
Thankfully, Omar was generous enough to allow me to continue to crash with her while I figured my life out and prioritized what was most important. 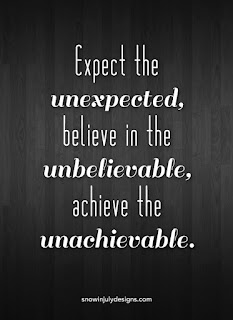 I decided to focus on getting a job that not only honored my Master's degree but also gave me a bit of freedom and flexibility to grow both personally and professionally.
After a disappointing let down to a job I was almost sure I attained, out of the woodworks, I had an interview and received a job offer for the exact thing I needed at the exact time I needed it.

And so here I am.  Doing what I need to be doing for now.
With minimal stress as compared to what I've dealt with in the past.
While it's not something I want to do forever, it's certainly in line with the direction I'm headed in.

The next thing I knew I needed for my own sanity and my poor back, was an apartment...furnished with an actual bed.
I spent about 2 months looking for the perfect place and almost settled on a studio in Springfield Gardens which was totally out of my league and would've only been for a year's move.
When I realized just how stressful and expensive the process was, I ended up backing out right at the end, and was lucky enough to get all my payments back.
Just days later, again, out of the absolute nothingness of life, I found exactly the cave I needed which was close to transportation, in my very own neighborhood, close to the ones I care about most (outside of my own family). 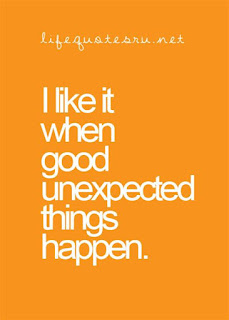 Again, I scored.
I knew the next thing I needed to work on now that my mind and spirit were semi-content, was my health.  Before I can totally work out the way I used to - I needed to get medically cleared.

Well, in the interim, I decided to get back into dating since the situationship I tried on for size during the winter months, didn't quite pan out (as was predicted by a couple of knowledgeable insiders).
I figured I could do both at the same time. 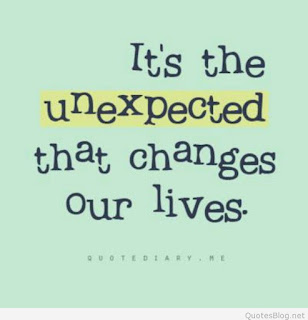 Once again after a couple of blah dates and some straight up ridiculousness, just as I was seconds away from giving up on dating... he came along...
I even almost avoided him, but a part of me said... just go out.. he clearly wants to meet, what's the harm.  And I have been dead on SMITTEN ever since.
Now to be fair, I have NO idea where this is going to go.
I can only hope for the best, put on my positive hat and go with the flow.
But what I can say? He really had me upon that first meeting and I haven't experienced anything close to this in 15 years.
Some would say we are moving quite fast, but I don't see why we should waste another second.
I couldn't be happier.

I'm finally starting to feel like my best self again.
Don't you think it's about time? 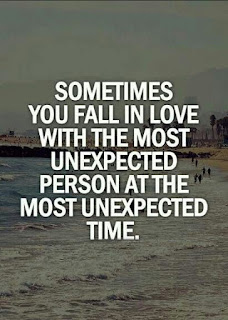 When all is said and done... I stick by my theory....
The very best things in life come unexpectedly... and when you're in the very best place you can be at that moment in time.
You only attract good when you're feeling and doing "good."
Just when you're ready to give up... is just about the time you'll get a nice little unexpected surprise.