Froggy Fridays: The Return of Bozo the Frog

July 31, 2020
Around early March, Lynn's oldest daughter was out and about running errands while her partner was home cleaning up around the house.  While picking up outside, in the midst of outdoor chores.... a van pulls into the driveway...
Out comes an older man.. around late 60's bald with a side of bozo burns. 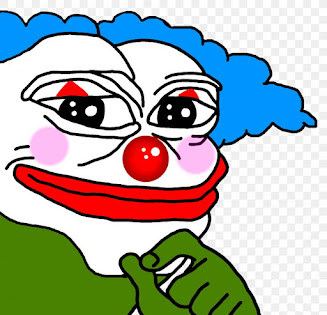 "Does Lynn's daughter, Jessica, still live here?" the clownish man, otherwise known as Bozo the Moocher but we'll call him Bozo for short, asks Jared.
Jared, taken aback and quite puzzled, responds, "Who wants to know?"
"I'm Bozo.  I used to be her stepfather and how about Tracy, is she around?"
Jared hesitantly responds... "Tracy doesn't live here.  Jessica lives here and she will be back shortly, do you want me to call her?"
"Where's Tracy? Does she live around here?"
Jared responds, "Listen, Tracy doesn't live here and I can't tell you much about her.  Jessica still lives here, I live here with her and she is out running errands but I can tell her you're here if you want me to call her."
Bozo takes a pause as if contemplating the question... "Sure, call Jessica and let her know Bozo is here."
Jared proceeds to call Jessica who was in the midst of adulting (i.e. making runs to the store, checking the mail, etc.).
"Jessica, some guy is here named Bozo.. .He keeps asking for you and your sister..."
"Who?"
"Bozo.. he says he knows you and your sister."
Jessica shocked at the audacity says, "Tell him that I'll be back in about 10-15 mins.  I'm in the middle of running my last errand and I'll be right there."
Jessica quickly finished what she was doing, spun the car around and headed back as quickly as the speed limit would allow..... After all this time... what in the world would Bozo want... she mused...
Back at the house, Jessica arrives to find Bozo asking Jared questions as Jared shrugged not knowing how to respond.
Jessica couldn't get passed the fact that this clown had just showed up at her doorstep, nearly four years after Lynn's passing, as if he was entitled to something.  Immediately, Jessica's puzzlement transformed into suspicion.
"Hi..." she greeted  as she walked up her driveway. 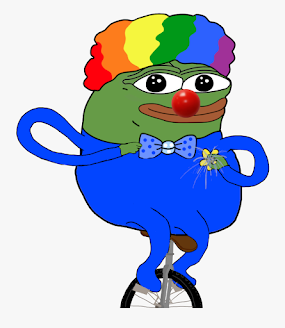 Bozo, ever so stoic, greeted Jessica and started talking about his life and how happy he was.  According to Bozo, he got married about 2 years after leaving Lynn.  He claimed that he hadn't met his wife until after he'd moved out of the house, however, Jessica made sure to cut him off right away to remind him that he'd moved in with his wife right after he'd moved out of Lynn's home as was confirmed by his family members.
"We ran into each other after you had that one, right?" he'd asked as he pointed to Jessica's youngest daughter.
"Yes, that's when I met your wife and you suddenly couldn't remember my mother's name..."
He went on to talk about how he hadn't known of Lynn's passing until just recently, although that was clearly a lie being that his entire family was aware the DAY OF Lynn's passing and had reached out to Jessica and Tracy.  Not to mention that it had been over 12 years since Bozo had stepped foot on Jessica's property, so why now?
Mostly, Jessica remained amazed at the nerve of this man standing there giving himself praise for all of the things he perceived to be positive changes he'd brought to the lives of Lynn, Jessica and Tracy.  He went on about how much money he contributed to Jessica's very own property, as well as other properties Lynn had invested in.  Jessica was well aware of the lies as it was her very own money that had funded her home and ONLY her hard earned  money.  She was completely abreast of the fact that her mother had never taken a cent of Bozo's money and had actually allowed him to live with the family and basically dictate everyone's moves for 14 years.
It suddenly became clear that the reason he'd made a trip to see Jessica was to inquire about what Lynn had left behind in the wake of her death.
As Jessica explained how the laws worked in regard to estates, Bozo made a couple of comments regarding how much he had contributed financially despite not having held a job throughout most of his 14 year relationship with Lynn.  When he realized he was getting nowhere with Jessica, he made a fleeting comment about how evil people get what they deserve regarding Lynn's sudden passing.
He'd claimed to be shocked that Tracy did not keep the childhood home.. the home that was once of Lynn's dreams... and couldn't understand why anyone would want to sell it despite the fact that property taxes were at an all time high.
The truth is, Bozo made an appearance because he wanted to see if there was any way he could cash out on Lynn's estate but after finding out that all of her belongings were left to her children (as per the law) and that her home had been sold, he jumped in his car pulling away claiming he had to run home before his wife arrived from work.
Similarly to when he'd once lived with Lynn.....
It seems in this case that while many things in life change... many others.. .including most frogs, stay exactly the same.
Bozo would always be... a moocher. 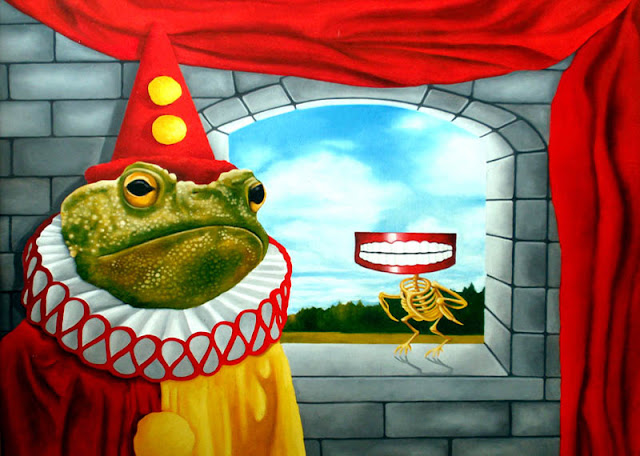